I am offering one of my bass guitars for sale.

It is a dark blue Fender Precision Deluxe and is in near perfect condition. It adds a little more flexibility than the standard Precision capabilities (being active) and is a pleasure to play as the neck is similar to a Jazz bass (for those of us with smaller hands!)

I am selling due to "thinning-out" my collection and need a little more space - guitars should be played, not stored in cases. Thanks heepvention.  Got in touch with Paul again after many years and we have emailed and had a long chat on the phone!  Hoping to meet up again and, perhaps, take his mum out for lunch!

Keeping in touch with mates is what life is all about and it has been great to talk about old times!

Thanks for the memories!

John Lawton and Deiggj will play on the Jelling Festival in Denmark, friday 27 of May

Now it is official that John Lawton and Deiggj will be playing on the Jelling Musikfestival, friday 27 of May 2011.

The last weekend in May will Jelling for a short while the intake of good music and people of all ages when Jelling Music Festival kicks off. You can experience more than 80 different bands on five stages over four days - Thursday already "false starts" festival with a talent…

John Lawton with Uriah Heep in 1995

We had the pleasure to have… Continue

Watch the whole concert at the Faroese National TV:http://sv.internet.fo/ton00013.wmv

Lee Kerslake Is Back (in Finland) UPDATE: Dates are now listed on the official site and news sites have picked up the press release. It's official!


It's not official until you see it on the official site, but looks like a small U.S. tour is in the works. First spotted by Iain Barnes on… Continue

The show was then verified as The Greyhound in Croydon on 21st of November 1971 on the Look At Yourself tour. The recording is ca. 30 minutes longs, it includes only two songs but these are among the longest and most legendary Heep Songs: Salisbury & July Morning.
[...]
This is… Continue

Several videos from Salo have been posted by Tapio Minkkinen and Radio Kontula -- check them out if you haven't already.

Ken Kensley Past Present & Future @ On The Rocks… Continue

WANTED: Shots that I missed

I remember this nice young man, who came up to me in Spain, talking to me about our mutual interest in drumming. He loved my style and I loved his style. He comes to my mind every now and then. It was the first time he and I met, but we had a bond. I admired him for his strenght to keep on fighting and keep on making music, that's what a good musician does. Herluf, you rock my friend. 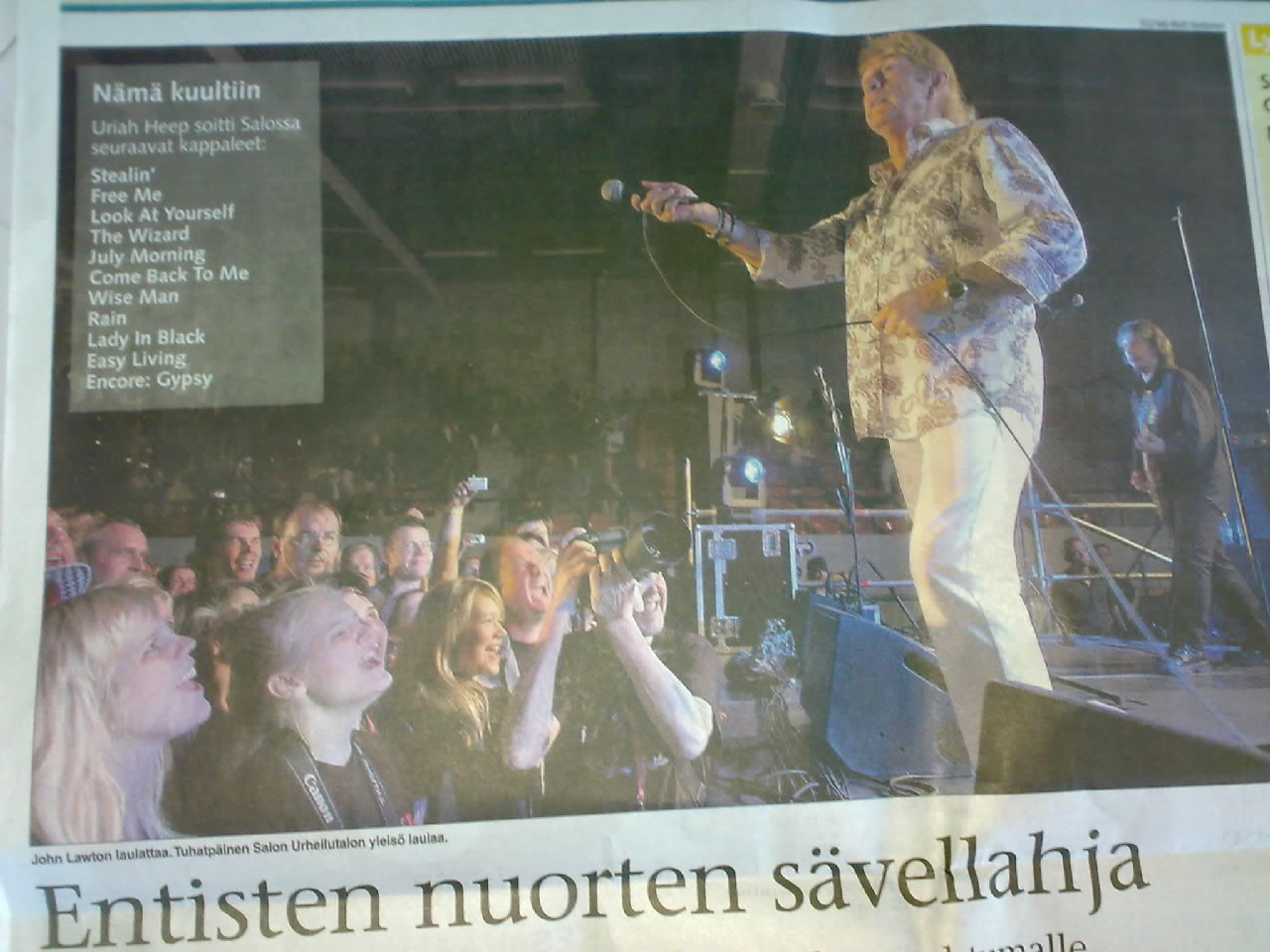 Looks like a great time was had by all.Well done to everyone involved. You all did a great job.Esa , once again you took some amazing photos. Thanks so very much for enabling us all to see them.

Photos of the Day

Here come the photos from Easy Livin' in Salo - a few samples are up, the rest to follow over the next several days (hopefully not weeks.) Back in the U.S.A from Salo, sleep-deprived and jet-lagged but exhilarated - what a weekend! I have a HUGE amount of pictures to sort through and process, but here are three shots that give an idea of the main event venue. Attendance was excellent -- the main event was heavily promoted locally as "Uriah Heep Legends Live" and drew a large crowd outside of the "heepvention" attendees. (NEWSFLASH: Tapio just reported that it was a sold-out show, 1000 tickets!) 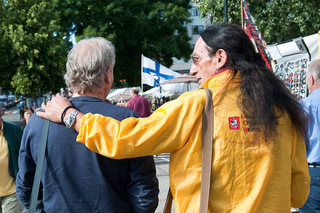 Lee Kerslake and Paul Newton have arrived in Salo. Ken Hensley, on the other hand, is leaving Salo for the night to perform Past, Present & Future in Helsinki.

John Lawton is arriving on Friday.

I'm shooting Ken Hensley's Helsinki show tonight, which means I won't have any shots from the opening meet-and-greet celebration of Easy Livin' in Salo. Hopefully other attendees will fill the gap for me.…